Is the ITSM Market Quickly Becoming a Two-Horse Race?

A recent report by Apps Run The World entitled Top Ten ITSM Software Vendors, Market Size and Market Forecast 2018-2023 highlights the growth of the overall ITSM market in recent years, and particularly the growth of Atlassian’s Jira Service Desk as the main competition for ServiceNow.

Jira Service Desk (JSD) and ServiceNow combined account for over 50% of the $4.1B ITSM market, with 10+ other companies competing for the other half. So, with that in mind, we think the appropriate question to ask is: Is ITSM becoming a two-horse race?
We certainly think so. 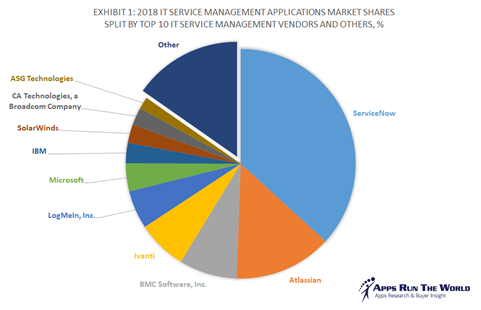 Why do we believe that? Jira Service Desk will continue to grow relative to smaller competitors and even ServiceNow, because Atlassian can provide the same capabilities at a fraction of the cost. There are conflicting reports of how many customers ServiceNow has, but according to Apps Run The World, it’s around 5400 customers. When one breaks down their market share by total customers, the difference in price between JSD and ServiceNow is staggering.

Atlassian on the other hand has about 30,000 JSD customers with a market share of roughly $571M, meaning that the average cost of JSD comes to $19,000.

Thus, on average Atlassian sells the same functionality for around 7% of the cost. No matter how you slice it, this pricing is disruptive, and indicates that JSD is likely only going to continue to show strong growth.

Some would argue that ServiceNow will stay dominant because it has bigger customers, but this argument is spurious. Atlassian is already supporting the SDLC and Agile user population of many of those same companies which have more users in any case than ServiceNow, so switching to JSD wouldn’t be difficult, and would provide huge savings. If you doubt that JSD offers a nearly identical functionality to ServiceNow, take a look at the image below. It is a comparison of reviews of JSD and ServiceNow from Gartner’s Peer Insights tool showing that not only are they considered by those that use them to perform at a similarly high level, but JSD often comes out slightly ahead. 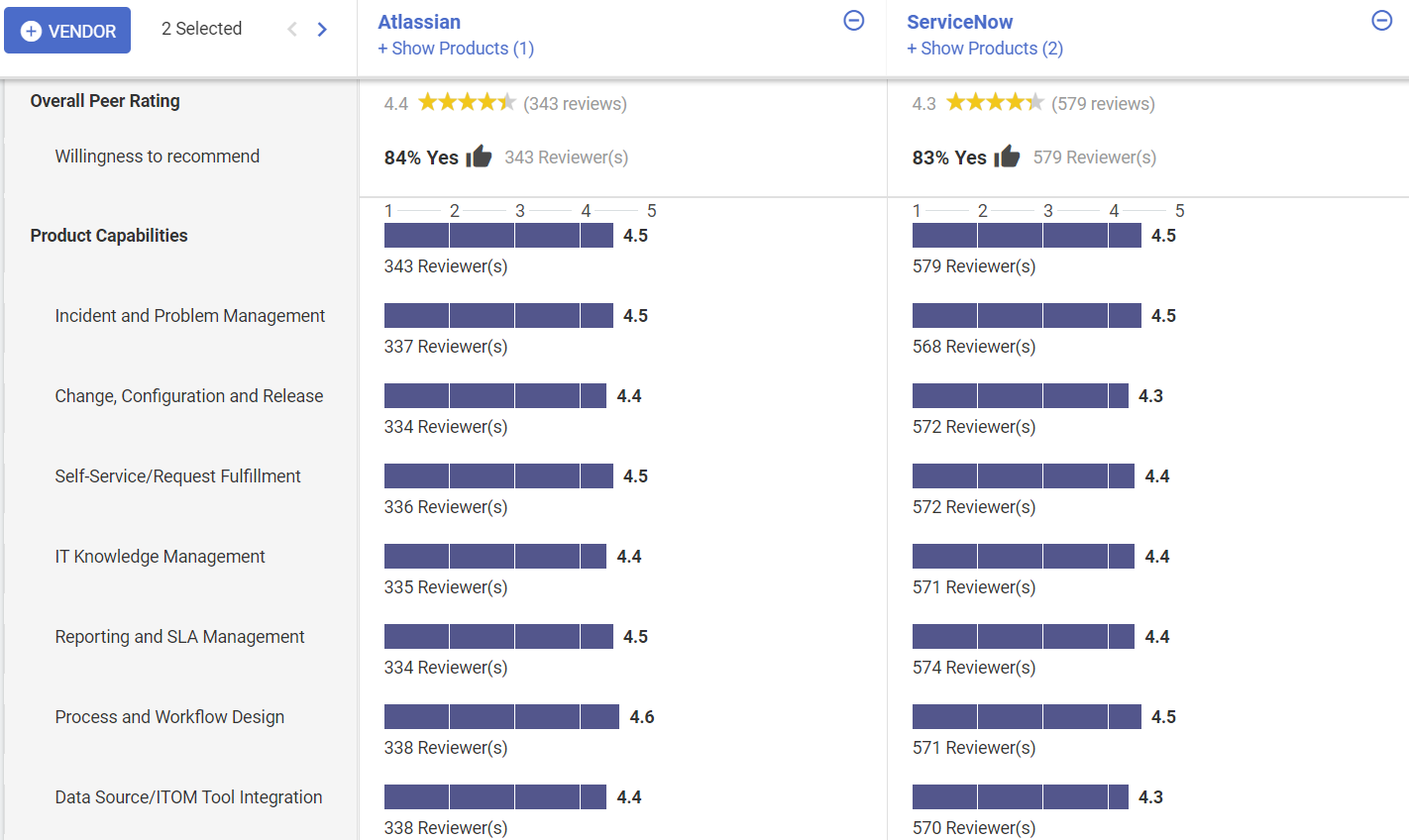 Though Forrester (incorrectly) believes that JSD is not at the same level as ServiceNow, they still recognize that Atlassian is the market leader in strategic vision, showing that they realize that JSD will only improve in both performance and market share over time. Take a look at their 2019 ITSM “Wave Graph” below. 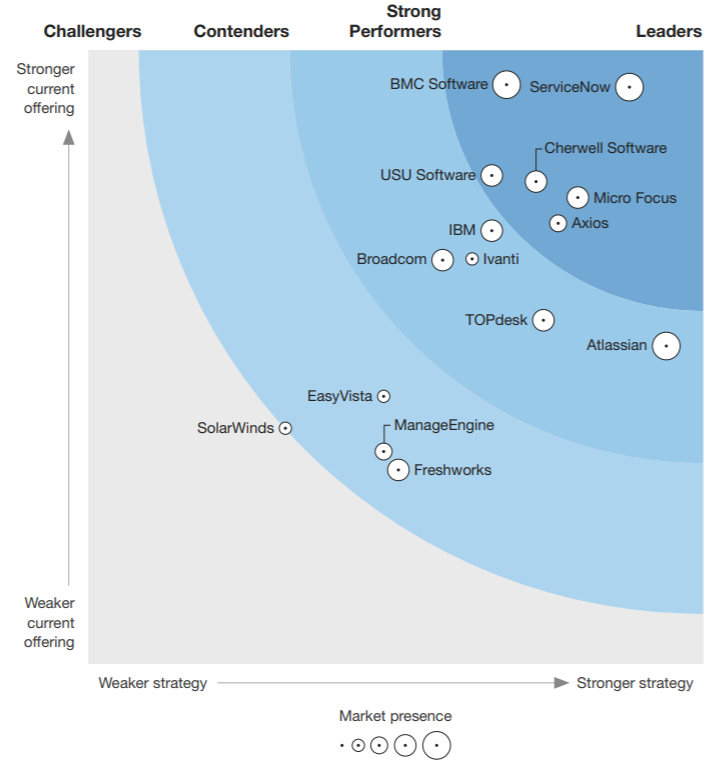 ITSM is a critical part of any modern company’s operations, and its importance is only going to continue to grow in the future. While ServiceNow currently occupies the top spot in the mainstream imagination, what becomes clearer every day is that Atlassian’s Jira Service Desk is gaining, and gaining fast. For nearly identical functionality, Atlassian offers a top-tier ITSM solution at a fraction of the cost of ServiceNow.

ITSM is indeed becoming a two-horse race, and Atlassian is about to pull ahead.