Confluence vs. Sharepoint – as a General Purpose Intranet, for non-Software Development use

Free whitepaper: Confluence vs. Sharepoint – as a General Purpose Intranet, for non-Software Development use

A Blended Perspectives legal client had an initial user base working in SharePoint Wiki 2010 and was experiencing significant challenges when contributing content. They were concerned that such challenges may inhibit further engagement on the site.

They concluded that the editor in SharePoint Wiki is not intuitive and especially experienced difficulties setting up a page hierarchy. They were concerned that the lack of user-friendliness would severely impact the the ability and willingness of their users to participate.

This paper compared Confluence 5.2 with Sharepoint 2010.

To illustrate: one team decides to define a bug only as a software problem; either confirmed or validated. A second team declares all “user initiated issues” as bugs, closed after analysis if the bugs actually turn out to be a different kind of problem (e.g. the user actually wanted the system to behave in a particular way). 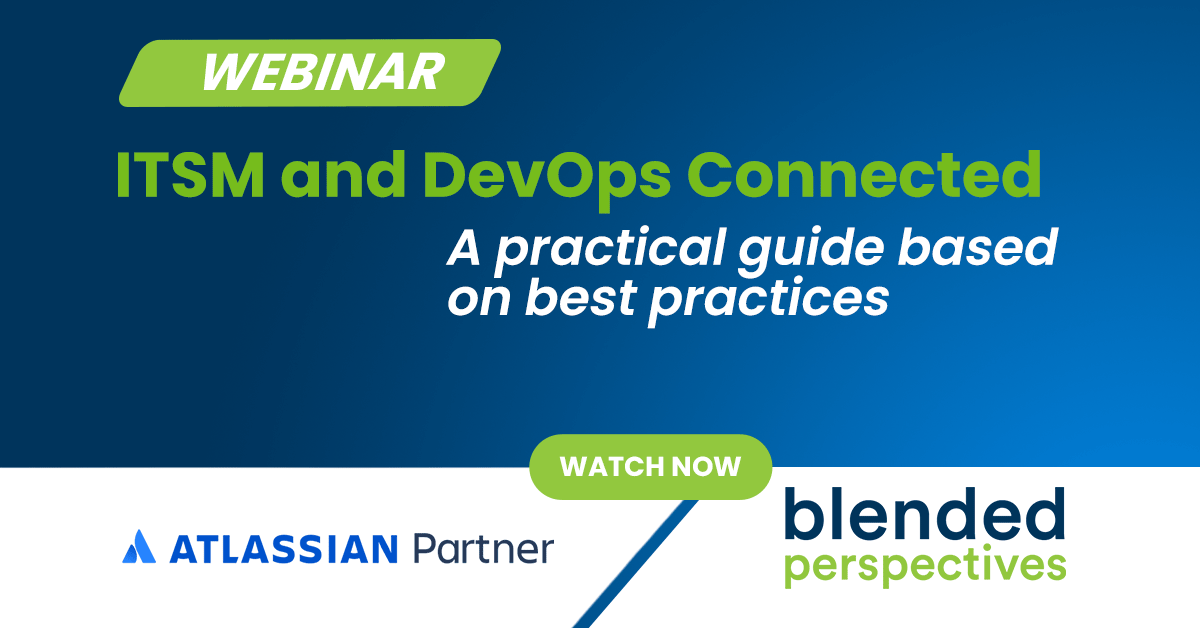 ITSM and DevOps Connected – a practical guide based on best practices.

Welcome to watch our Connecting the Enterprise webinar; why it matters in ITSM explained. Enjoy!

Webinar highlights: Traditional planning is making a comeback in Jira – growth in the last year is well beyond pure Agile – long live the Gantt! Simple Calendar planning and checklists are increasingly popular. The main players – SoftwarePlant, Tempo and Atlassian – own close to 50% of the market between them. 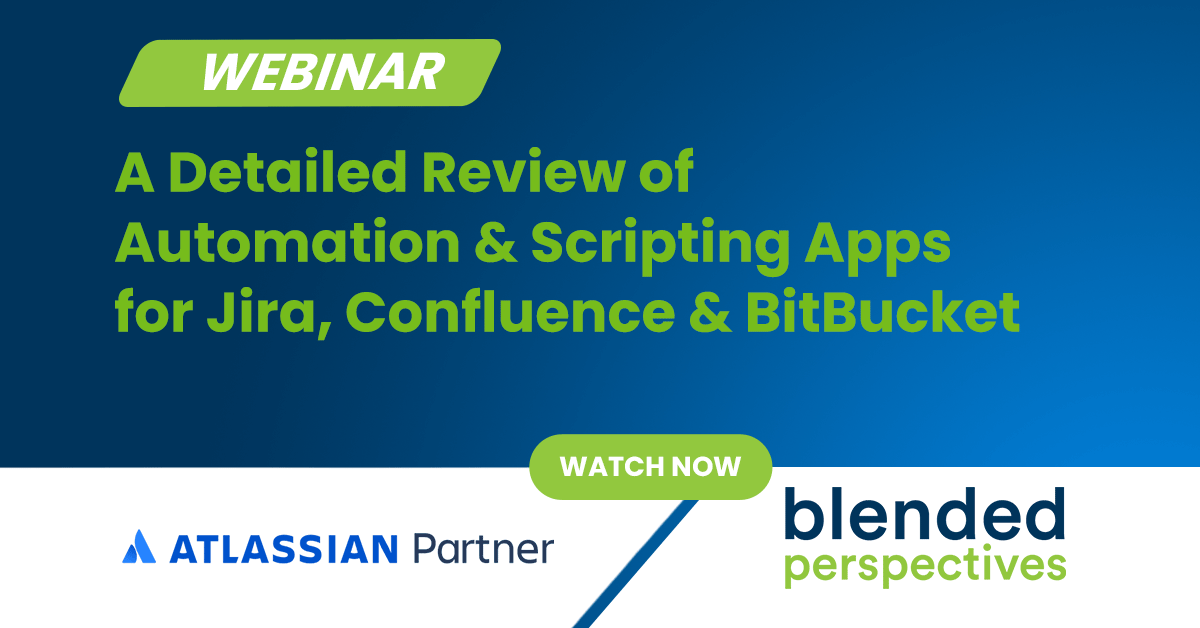 There are 159,000 customers using Atlassian and this Marketplace category is the fifth largest – find out what’s hot and trending. Make more informed decisions with fact-based, objective analysis from Blended Perspectives. 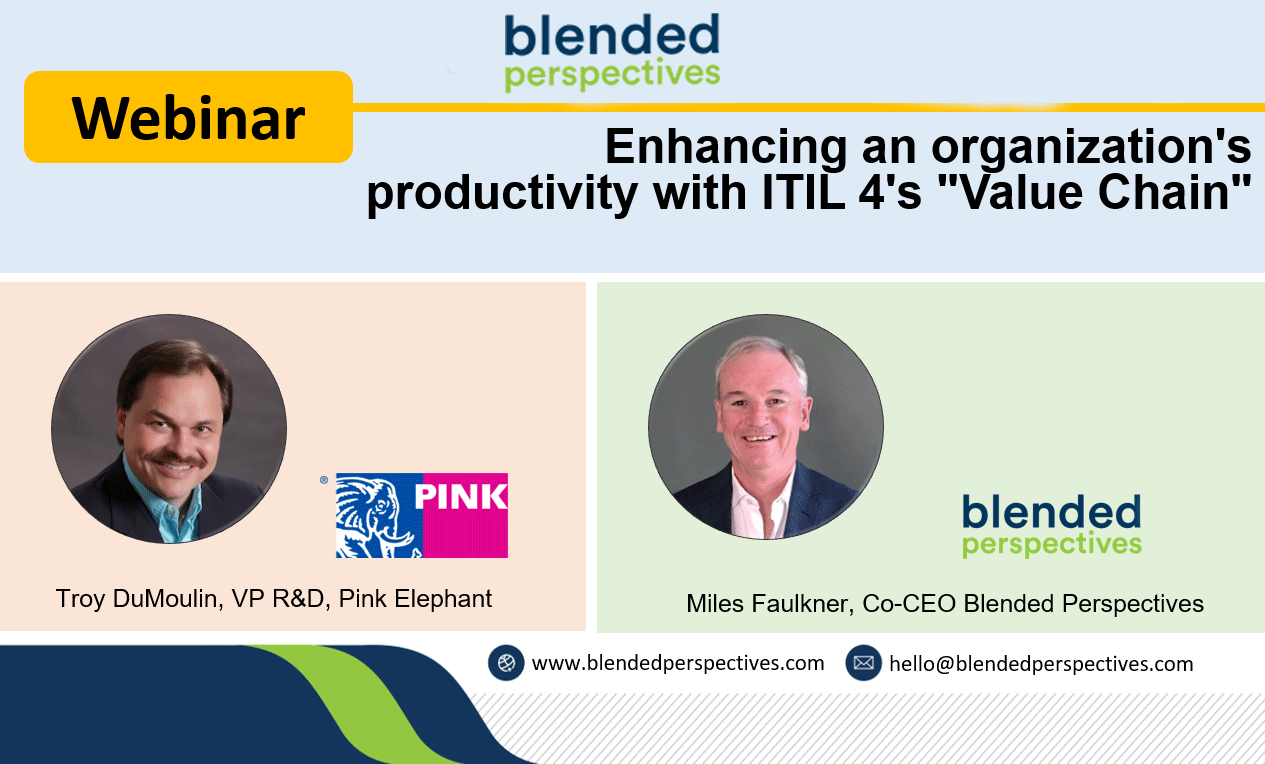 Watch this engaging webinar where Troy DuMoulin (VP R&D at Pink Elephant) and Miles Faulkner (Co-CEO of Blended Perspectives) will describe the full stack of culture, practice, and automation as critical success factors for taking an integrated end-to-end approach to processes and automation. 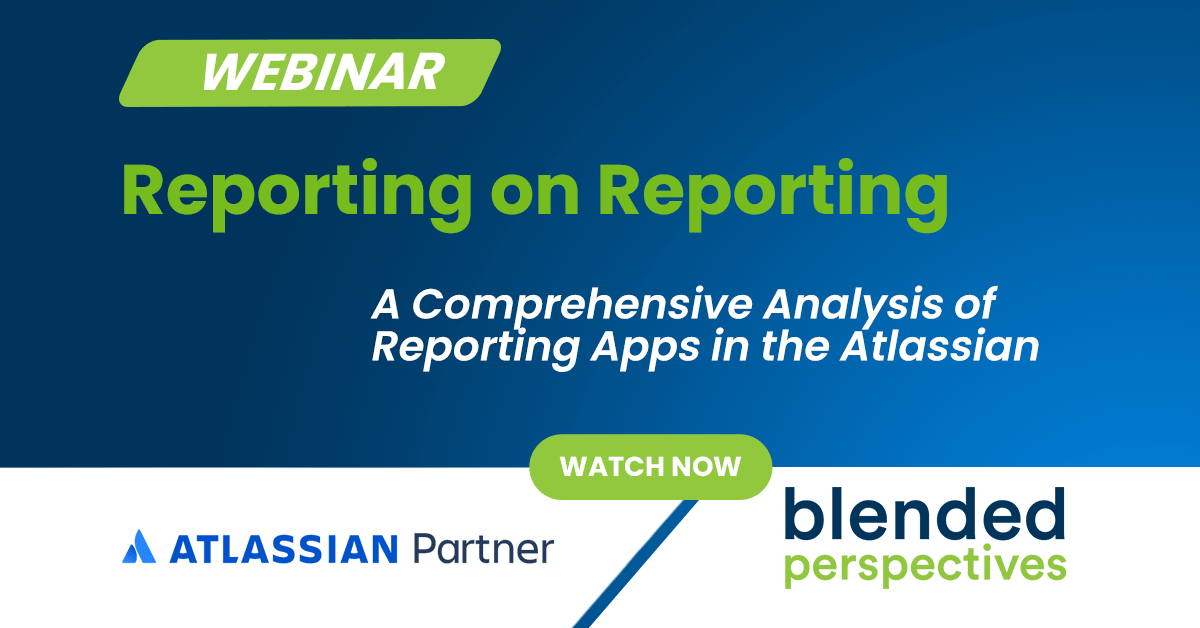 Watch our webinar about the Atlassian Marketplace Reporting category on all things Reporting in Jira and Confluence. Who are the main players and fast movers? How big is this category and what are the main use cases? 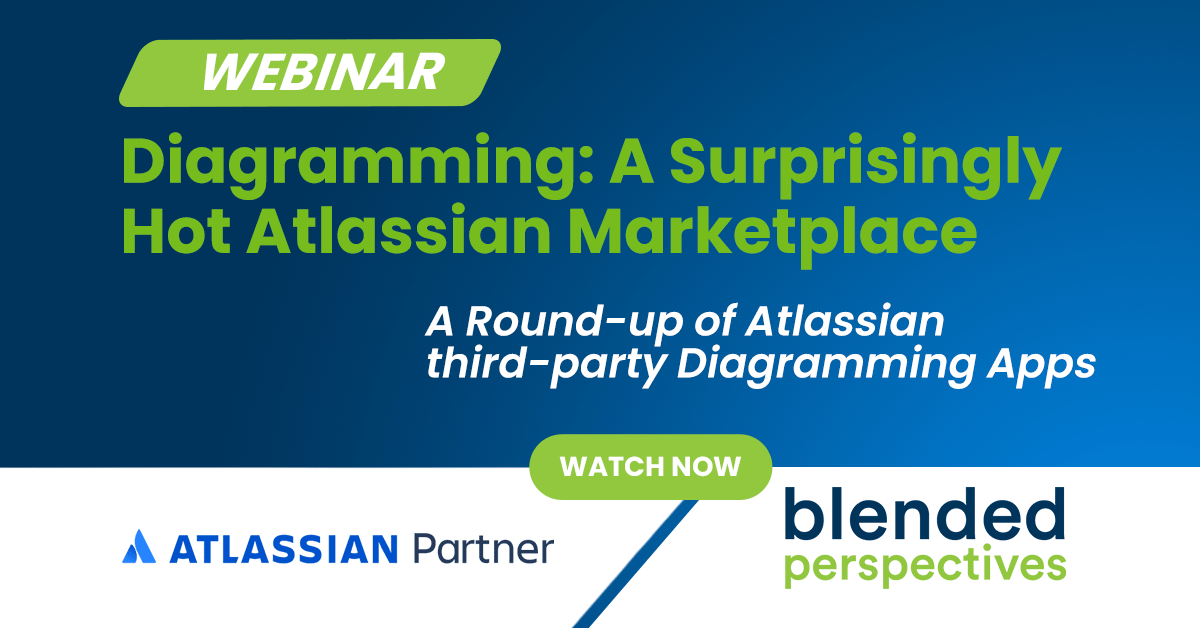 Watch this webinar about the increasingly popular Atlasssin Marketplace category – Diagramming – (the fourth largest by total instances) we will identify the major players, market size, main use cases and savings you can make by moving all your diagrams to Confluence. 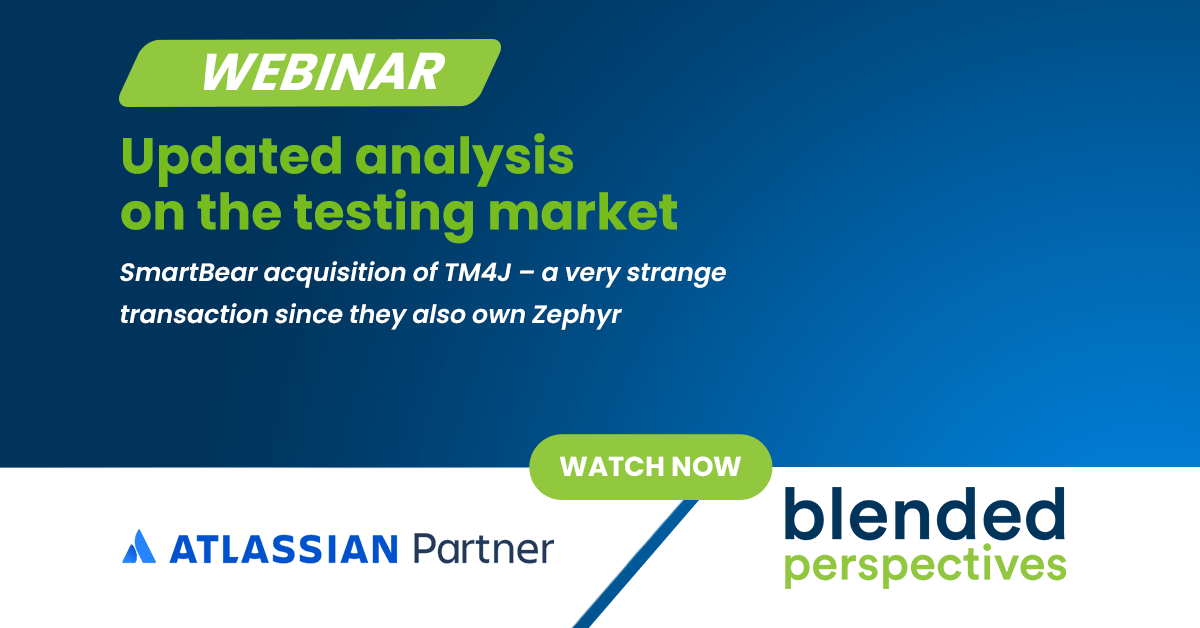 Watch this webinar as we provide a context for assessing testing apps, identifying the relevant ones for discussion, analyzing their strengths and weaknesses. 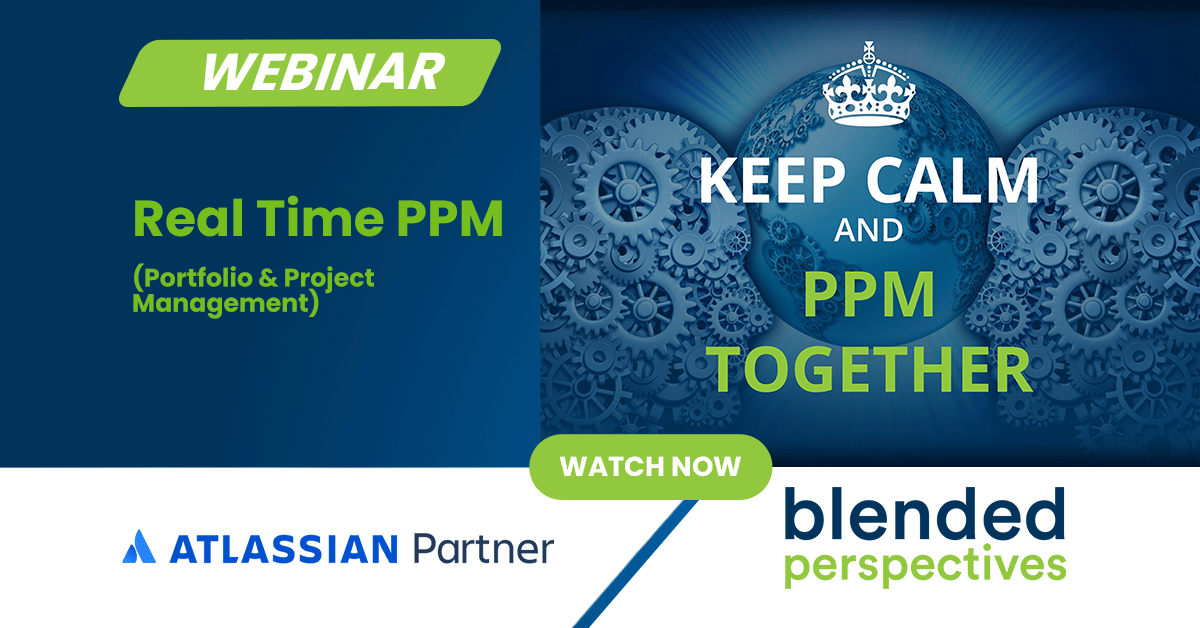 This webinar will cover all the essentials of what makes a world-class PPM in terms of processes and tools. By architecting Jira and Confluence with a range of additional apps we can show how real-time consolidated reporting can be achieved reducing integration costs and complexity, huge savings in PM administrative time, improving tactical team performance and a range of other benefits. 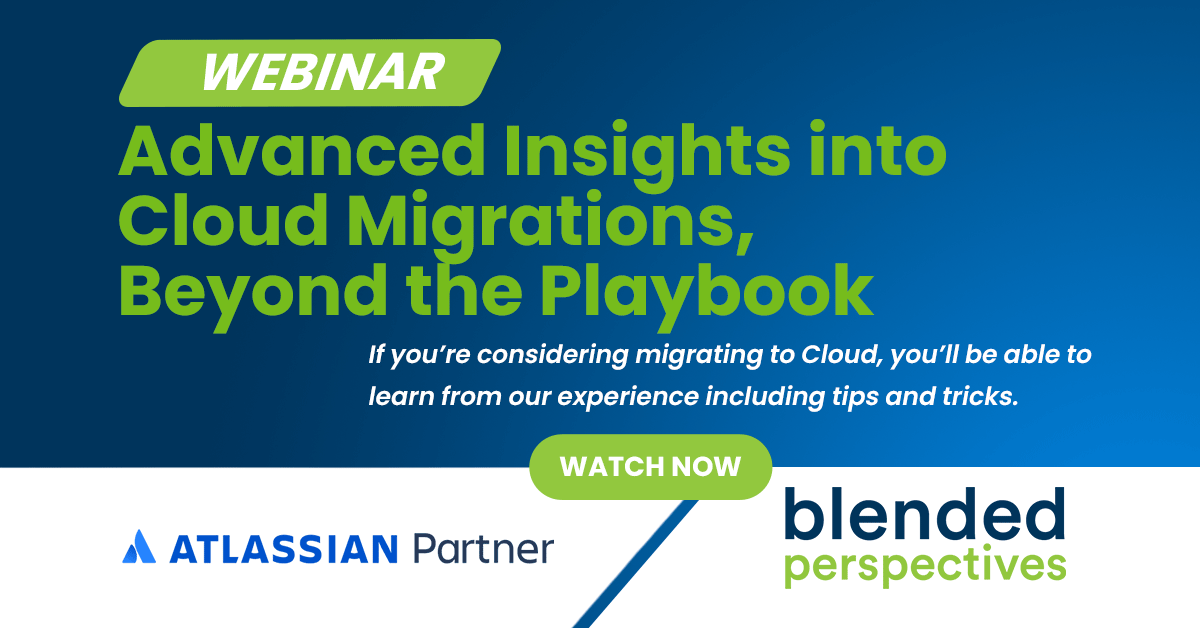 Advanced insights into Cloud migrations, beyond the playbook

Watch this webinar if you’re considering migrating to Cloud to learn from our experience.At Blended Perspectives, we regularly perform much more complex migrations: supported and unsupported apps, custom workarounds, data clean up, and of course, finally getting you to the cloud. 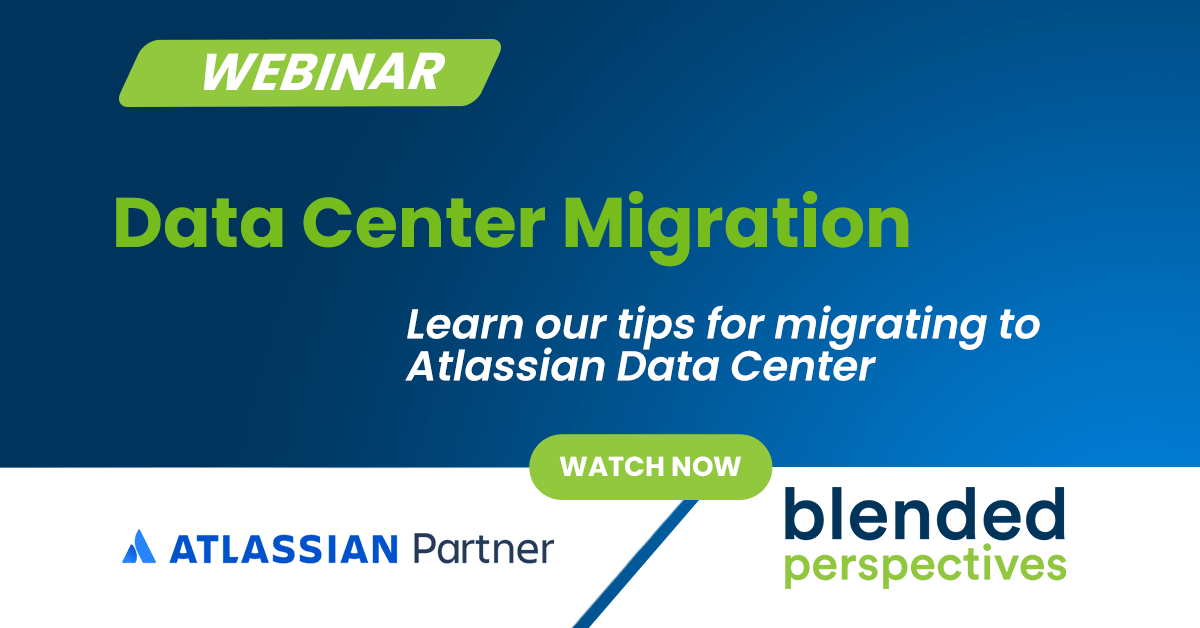 Watch this webinar to learn our tips for migrating to Atlassian Data Center. Based on our extensive experience we lay out a roadmap starting with defining the target state through to data migration and production.