A side of diagramming with that Burger? The Top Ten Atlassian Third Party Apps

A first look at the Atlassian Marketplace – Who are the big hitters? – How this can inform you on your app strategy…

The marketplace offers an enormous treasure trove of information about what customers are doing with their Atlassian products. So we decided to study it. A good way to think about this is that Atlassian, with almost certainly the largest market share of SDLC tooling – is also an ecosystem unto itself. What is hot in the marketplace, is hot functionality.

Alongside our head-to-head assessments, we are starting a series of market share analyses of all categories and also specific ones. We’re keen to see if, or how, the Pareto rule applies to the marketplace. One very interesting thing we found is that Confluence has a surprising share of the top ten apps and within that diagramming has been very popular. This is a fairly static list in terms of change, but our preliminary 5 month tracking suggests only Draw.io and Zendesk for Jira are experiencing growth above the license renewal churn.

The top line findings are below.

Note: This is our analysis  of Atlassian Marketplace data and it is not in any way the Atlassian official position on this topic. 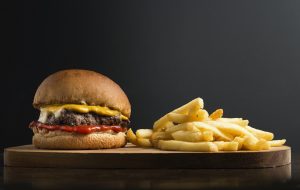 For a sense of context we counted 1.3M instances of all apps of which 300K are Atlassian free downloads. So there are about 1M instances  of note out there – and the Top 10 count for approximately 17% of the paid and free total. No Pareto here. This points to the wide variety and competitive nature of the marketplace. We will be doing another post on free Apps.

Incidentally, we counted just under 900 individual vendors on the marketplace selling some 3000 separate apps. A final note is that we find the Atlassian categories of apps too broad and so we are creating our own, but that’s work in progress! For instance diagramming is diagramming – yet the diagramming apps are in a category that has 234 apps and it’s called charts and diagramming.

What does this mean for you?

The Marketplace is a vibrant, low cost, magical place for new functionality that leverages your Atlassian investment – congratulations to the top ten applications!